Tonja is a member of the Michigan Association of Planning and recently served on the host committee for the 2015 state planning conference in Detroit.  She volunteers her time professionally by providing technical assistance and speaking at trainings and workshops designed to assist entrepreneurs doing business in Detroit. She has provided assistance through events sponsored by Ponyride, Build Institute, Motor City Match and the Commercial Real Estate Continuing Education Series hosted by Bedrock.

Tonja currently chairs the Grosse Pointe Woods Planning Commission; serves on the advisory board of Ponyride Detroit and chairs the Missions Committee at her local church. As a local missions leader she works to link volunteers to service opportunities at local community organizations.   Her passion is empowering women and protecting the lives of children in Michigan. Along with her husband, she founded the Macomb County Faith-Based Coalition on Foster Care.

Tonja has a degree in Urban and Regional Planning from Michigan State University.  As a planner she has served at the municipal, regional and state levels in the nonprofit, governmental and private sectors. She is also a certified Six Sigma Greenbelt.

Tonja enjoys travel, skiing, tennis and being a mom to two teenage boys.  Most of her free time is spent cheering for her favorite sports teams: U of D Jesuit Cubs and Grosse Pointe Red Barons and serving alongside her husband who Pastors a local church.

Tonja Stapleton is originally from Grand Rapids, Michigan. She began her career in transportation planning at the Michigan Department of Transportation which led her to the Southeast Michigan Council of Governments.  Shortly after arriving in Detroit she went to work for the City, serving both the Board of Zoning Appeals and the Planning & Development Department.

In 2000, she left City Government to launch her consulting firm, The Bolden Group. During this time she also served as the Manager of Community Outreach Initiatives for the University of Michigan Taubman College of Architecture and Urban Planning. This afforded her the opportunity to teach and expose students from across the country to all that Detroit has to offer. Several of her students not only stayed in Michigan but eventually took leadership positions in the Detroit Development Community.

After leaving the University of Michigan, she continued working with private sector clients on a contractual basis but her focus turned to parenting and supporting her husband in a career change which eventually led them to Chicagoland.  In Illinois, she really honed her zoning, site plan review and project management expertise; become a subject matter expert in land use administration.  In fact, while working with the Village of Glen Ellyn, she was able to get a controversial housing development through the Architectural Review Commission, Planning Commission and Village Board in record time.  According to the Director of the Development Department, it was the fastest site plan approval in Village history.

In 2008, Tonja returned to Detroit and continued consulting until being invited back to city government to assist with ordinance revisions and streamlining internal procedures. This consulting position, eventually led her to the Senior Management Team at the Buildings, Safety Engineering and Environmental Department (BSEED).  While at BSEED, she had an opportunity to lead a talented staff of architects, engineers and city planners to move development forward.  During this time she was able to consolidate services, update ordinances to create a more business friendly environment, cut average land use approval time in half and assist countless small businesses and developers investing in Detroit.

At Crossroads, Tonja continues to assist developers and small business owners with project management, site plan review and municipal approvals.  As a business partner, Tonja assists project teams by developing a strategic approach through the pre-development phase and shepherding development projects through all necessary municipal reviews.

“The easiest way for a project to get off track occurs at the beginning of the process.  Without a the right people on the team cost overrides and timeline delays are inevitable.  We don’t want to be the type of consultants that assess and clean up problems; we rather ensure the project never gets off track to begin with.  You can’t un-spend a dollar or get back lost time”

“What makes Detroit great is her people and anything that I can do to make it a better place to live, work and play will always be my professional roadmap to success.” 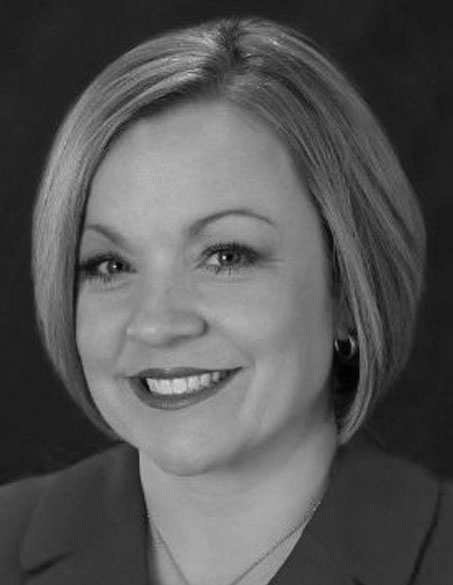