Jehan currently serves as President-Elect for the Wolverine Bar Association and Wolverine Bar Foundation, Member of the State Bar of Michigan Diversity and Inclusion Advisory Committee, Member of the Women Lawyers Association of Michigan, Mentor for the Women of Tomorrow Mentor & Scholarship Program (WOT) and a member of Delta Sigma Theta Sorority, Incorporated, Detroit Alumnae Chapter. Formerly, she chaired the Special Events Committee for the Wayne State Law Alumni Association Board of Directors.

Jehan received the Wolverine Bar 2014-15 Board Member of the Year Award and has been twice recognized by Michigan Super Lawyers as a Rising Star, based upon peer recognition and professional achievement. No more than 2.5 percent of the lawyers in the state are selected to receive this honor. Attorney Crump-Gibson has also received the 2015 Martindale-Hubbell® Distinction Award. After being rated for Quality of Service, Overall Value, Responsiveness and Communicating Ability, she obtained an exceptional rating, of which less than 1% of 900,000+ attorneys receive. 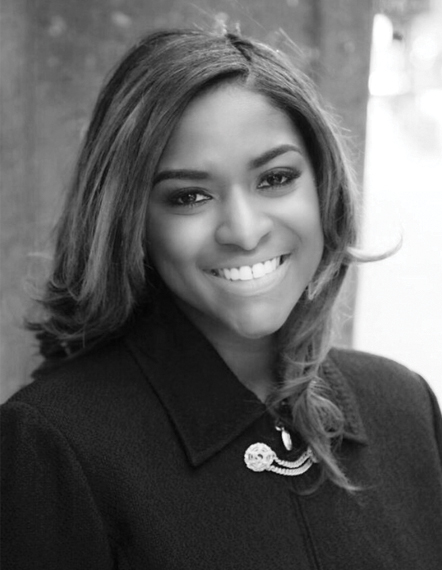 Originally from Fredericksburg, Virginia, Jehan Crump-Gibson relocated to Detroit’s west side with her family at a young age. After earning dual bachelor degrees in Political Science and English from Michigan State University, Jehan obtained her Juris Doctorate from Wayne State University Law School.

While at Wayne Law, she served as Senior Advisor of the Moot Court Team Executive Board and Vice-President and Professional Development Chair of the Black Law Students Association. She was also a Cockrel Scholar and earned awards from the Wolverine Bar Foundation and the Association of Legal Administrators. During her law school tenure, Jehan interned for Comerica Incorporated’s Corporate Legal Department, Wayne Law’s Disability Law Clinic, the Honorable Arthur J. Tarnow of the United States District Court for the Eastern District of Michigan and former Council Member Sheila M. Cockrel of the Detroit City Council.

After finishing law school, Jehan founded C&G Solutions PLC, a specialized legal and consulting firm, focusing primarily in business, employment and probate matters. In that capacity, Jehan assisted both for-profit and nonprofit companies with business related and licensing issues, became an integral part of the probate and estate planning process for many families and successfully represented clients through judgment in a variety of civil matters. She returned to the Detroit City Council and served as Staff Attorney and Deputy Chief of Staff for former Council Member Saunteel Jenkins, where she analyzed and prepared proposed local government ordinances, coordinated a range of approvals with City Departments and Agencies and performed legal and policy analysis on various municipal matters, including zoning approvals, government-sponsored tax incentives programs and contracts.

After leaving the City and resuming full-time practice, Jehan picked back up where she left off. In addition to assisting individuals and businesses with various legal matters, she took her wealth of knowledge from her unique experience with government and enhanced her practice to assist clients in obtaining various government approvals.